The Eric Mosel Memorial Scholarship was established by the Mosel Family in memory of Eric Donald Mosel, North High School Class of 1995 wrestling team captain. After each competition—whether it was one of his frequent victories or rare defeats—Eric took the credit or the blame gracefully, and every opponent he faced received a big smile and a friendly handshake. The qualities that served Eric well as a wrestler were also reflected in his personal life: his determination and unfailing work-ethic helped him to earn the rank of Eagle Scout, an honor he took great pride in. Eric’s basic decency and enduring kindness created a lasting impact on the people who were drawn to him during his short lifetime. This scholarship is awarded annually to a graduating senior member of the wrestling team who has exhibited Eric’s qualities of dedication, determination, humor, honesty, and integrity. Donate to this Fund 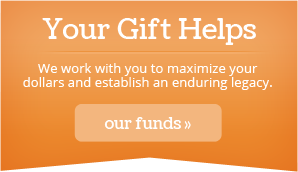